Blockchain technology has sparked the imagination of Africans and is being considered as the panacea to many of the continent’s development challenges. The underlying concept behind blockchain solutions is that an incorruptible digital ledger registers transactions among people more efficiently, cheaply, and transparently than any other means. TechGulf LLC is excited to host a Digital Forum on Wednesday the 20th and Thursday the 21st of April, 2022 under the Theme: Digitizing Africa’s Economy: The case for blockchain and digital assets.

Blockchain: One technology, many solutions

The blockchain technology has the potential to revolutionize entire sectors of the economy. This new system could transform how we protect property rights, how we exchange value, and how we work together in the future.

Africa is the second largest continent on earth with the highest rate of income inequality. In Africa, extreme poverty is more rampant than in other continents. With the potential of blockchain and digital assets to fast track the continent's progress, an outburst of opportunities is on the horizon. The time is ripe for Africa to revolutionize its digital economy.

A growing interest in blockchain by Africans can be translated to a viable source of financing for businesses, developers and investors alike.

TechGulf LLC is a leading US-based technology company headquartered in California, the USA with a firm commitment to delivering excellence through its Ghana operating arm, TechGulf Ghana Limited.

The TechGulf Digital forum will convene thought leaders, policymakers, and seasoned business executives from Ghana and the US to engage in discussions to share best practices, current trends, and issues to build business relationships and partnerships.

Our goal is to create collaborations and partnerships as well as attract investments that integrate various forms of infrastructure to reap numerous benefits.

Agenda for the 2022 Innovation Forum

What is Blockchain?
Blockchain technology and digital assets have been around for almost a decade but they only began getting mainstream attention since 2016. This is probably because the world has just now started to figure out what this technology is and what it can be used for. While blockchain is clearly the biggest buzz word in recent times, many people are not aware of how it works and how it will impact their business and the society they live in. There seems to be a disparity between the level of understanding in Africa compared to the rest of the world. 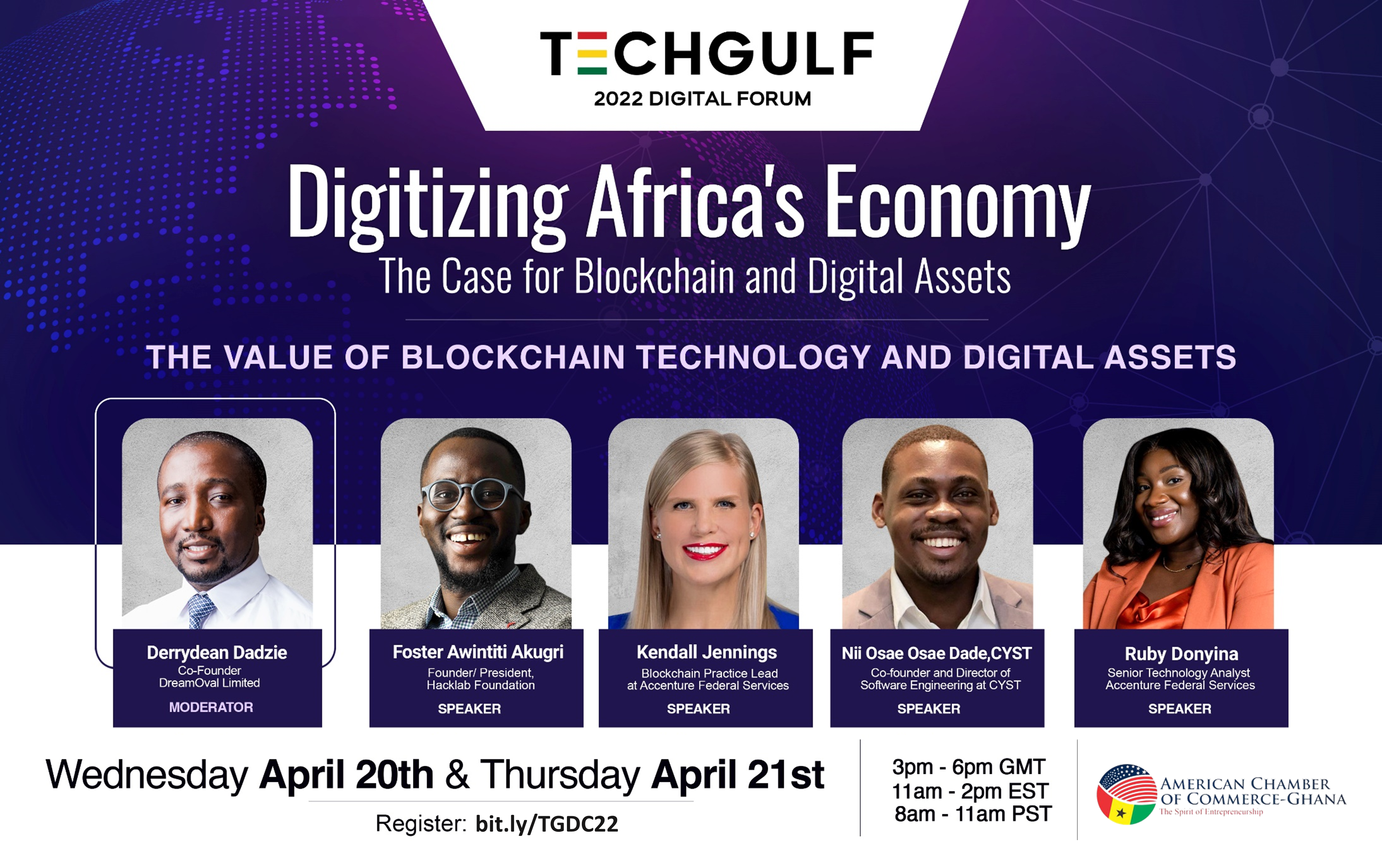 Opportunities presented by blockchain technology and digital assets
Outside cryptocurrency, there are diverse potential applications of blockchain technology. In addition to its now established role in finance and economics, we find that blockchain technology is already being adapted by the healthcare industry, where it is being used to securely store medical records, and by governments for secure and transparent governance. Blockchain unleashes immense opportunities in sectors such as finance, manufacturing, intellectual property rights management, as well as media and entertainment. 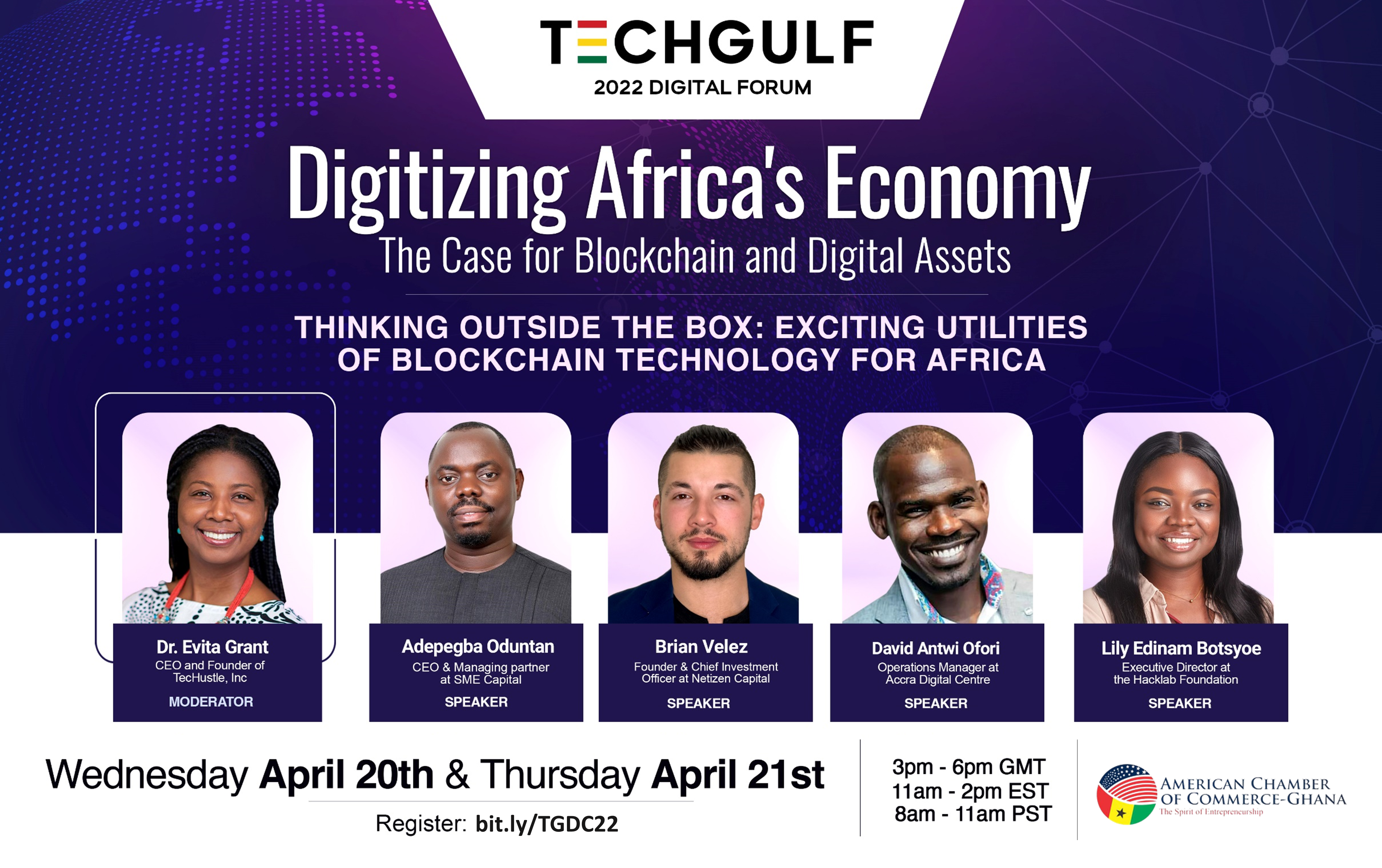 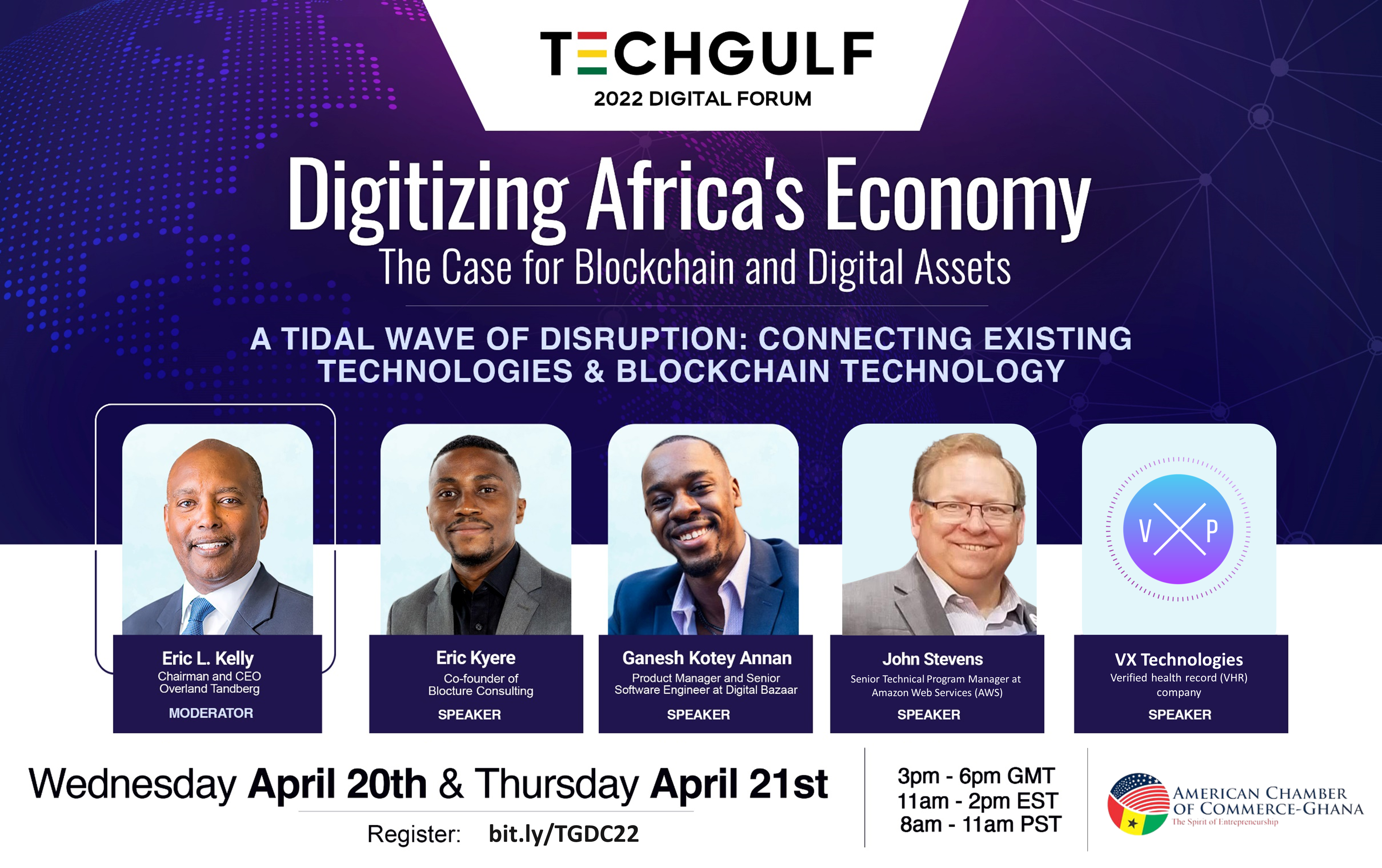 TechGulf aims to position Ghana as a regional technology leader with a best-in-class technological infrastructure that is critical to unleash the true potential of local businesses and support a pipeline of home-grown tech entrepreneurs who can navigate and thrive in the global market.